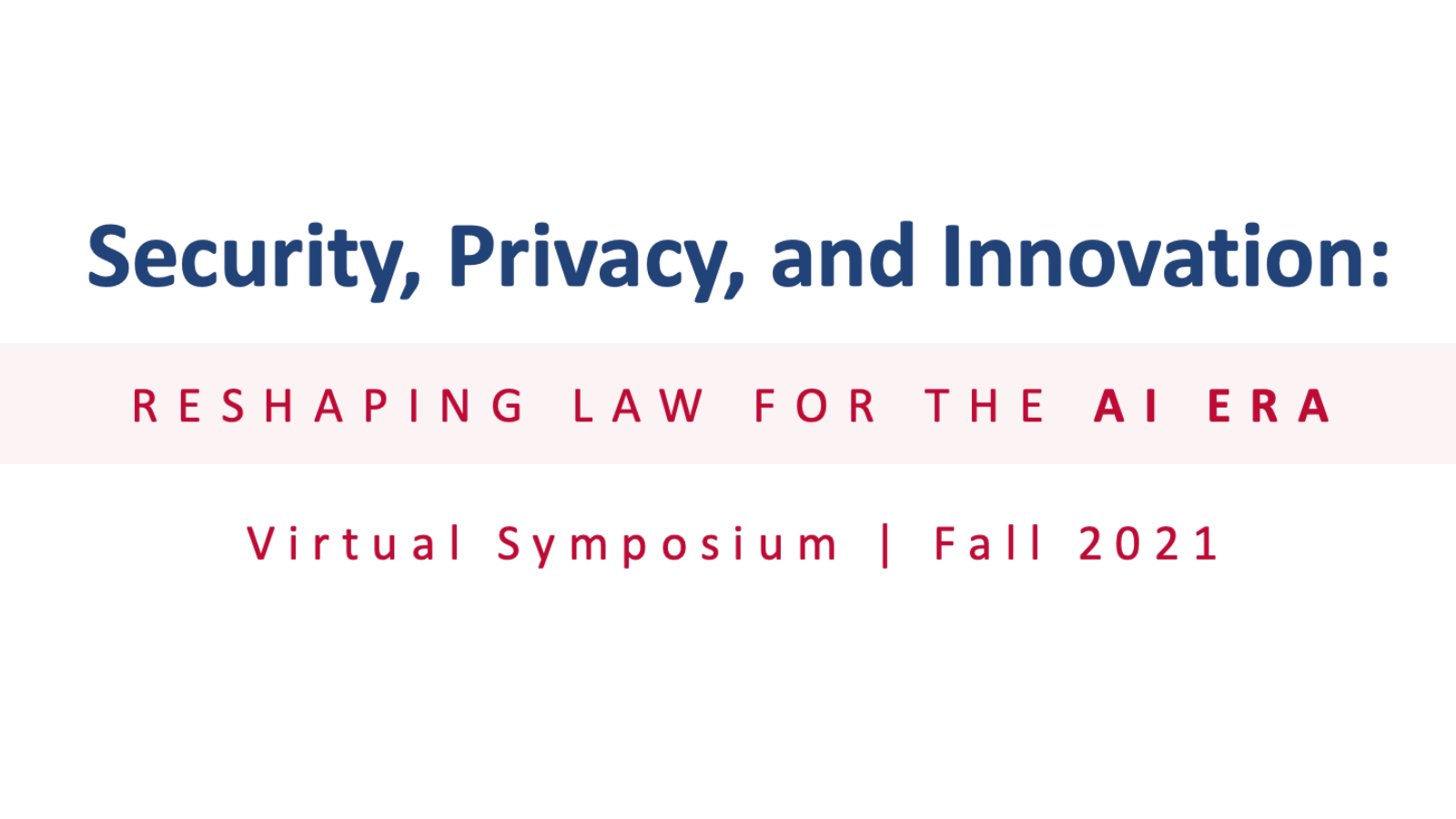 The legal symposium Security, Privacy, and Innovation: Reshaping Law for the AI Era convened experts to debate critical legal issues around AI. Co-hosted by the Reiss Center on Law and Security, the National Security Commission on Artificial Intelligence, the Berkman Klein Center, and Just Security, the symposium explored how the law must adapt to promote innovation while addressing serious questions around the development and use of AI in the United States and globally.

The third session of the symposium, Protecting and Promoting AI Innovation: Patent Eligibility Reform as an Imperative for National Security and Innovation, consisted of two one-hour panels with a 10 minute intermission in between. The first panel featured a debate between arguments for and against reform to the patent eligibility doctrine.

The second panel added further insight to these positions and discuss practical impacts on innovation in AI and other emerging technologies. The discussion covered national security implications, capacity, and comparative issues.

Visit the full symposium page to see dates, times, and speaker lists for the entire symposium.

This event was approved for two New York State CLE credit in the category of Areas of Professional Practice. The credit was both transitional and nontransitional; it was appropriate for both experienced and newly admitted attorneys.

Drew Hirshfeld, performing the functions and duties of the Under Secretary of Commerce for Intellectual Property and Director of the USPTO

This event was co-sponsored by the Reiss Center on Law and Security, the National Security Commission on Artificial Intelligence, the Berkman Klein Center, and Just Security.