The Reiss Center on Law and Security Student Scholars Program provides NYU Law students research and mentorship opportunities in the field of national security law and policy. The competitive selection process seeks to identify outstanding 2L and 3L students with relevant academic and professional experience who are interested in pursuing careers in national security. The Student Scholar position is compensated.

The application period for the 2022-23 Student Scholars Program is now closed. Applications for the 2023-24 program will open in Spring 2023. 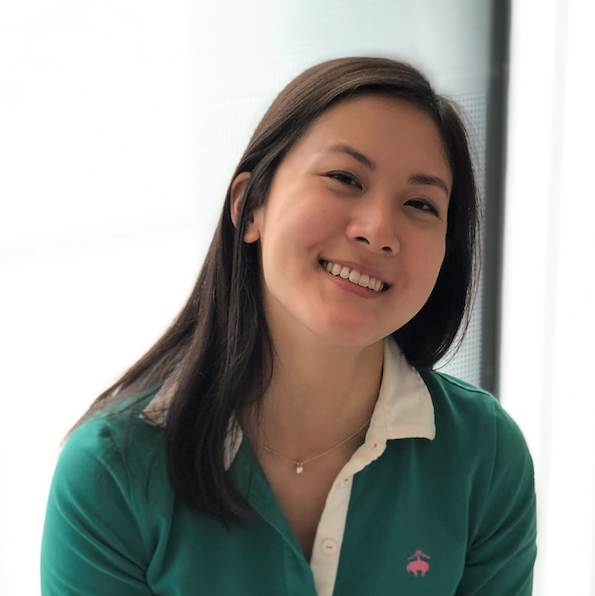 Leila Chang is a rising 2L at NYU Law and a recipient of the ASPIRE Cybersecurity/Public Service Scholarship—a full-tuition scholarship awarded to one incoming student each year who is passionate about cyber and information security and dedicated to a career in government. Before law school, Leila spent two years working in Washington, D.C. as an analyst in Booz Allen Hamilton’s National Security Group. She has interned with the State Department at the U.S. Embassy in South Korea and with the FBI. She graduated from Yale University in 2019 with a B.A. in Ethics, Politics, and Economics. She will spend her 1L summer with the Appellate Staff of the Department of Justice’s Civil Division. 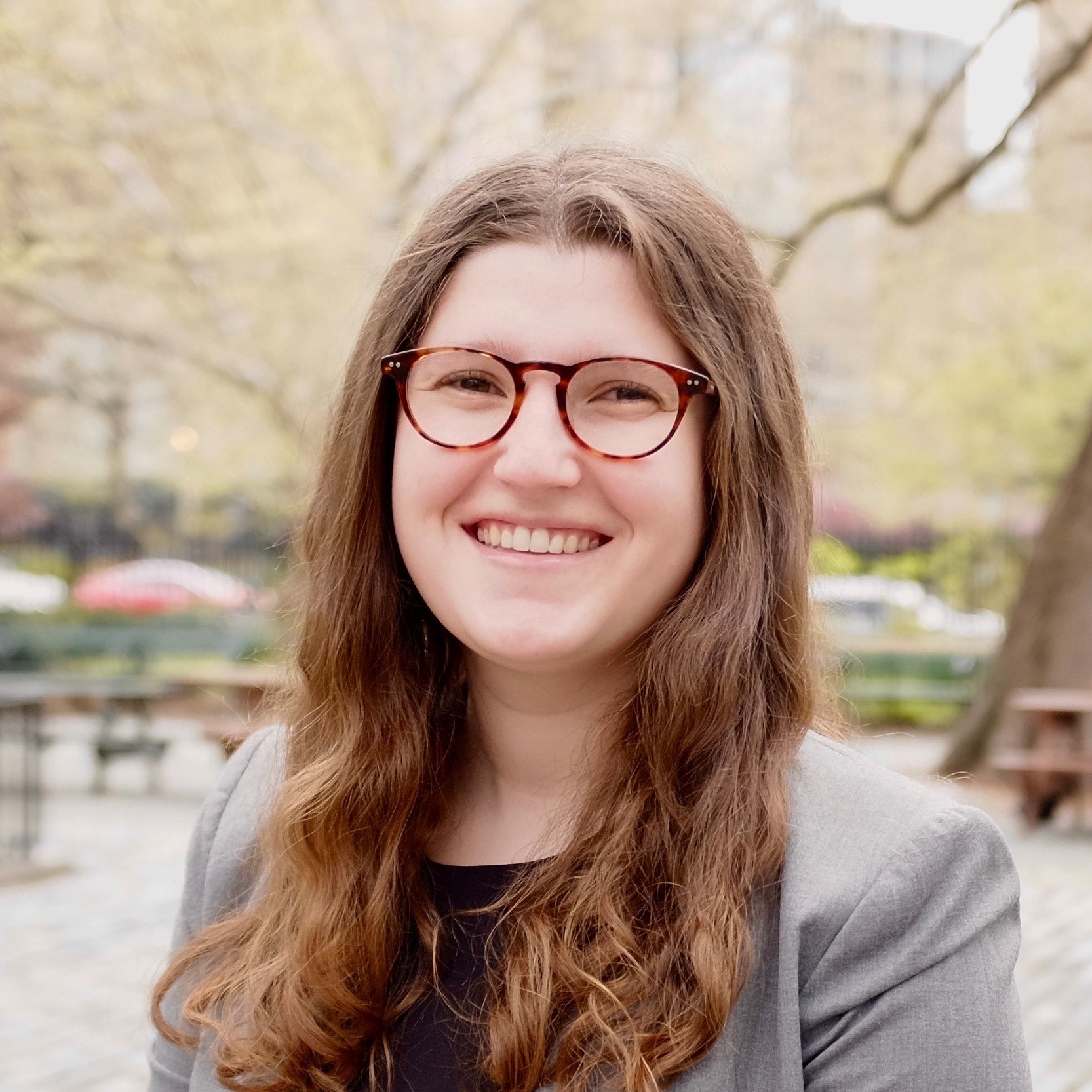 Rachel Greene is a rising 2L at NYU School of Law, where she is the incoming Mentorship Chair of the Law & Government Society. Prior to law school, Rachel worked as an investigative analyst for the U.S. Agency for International Development Office of the Inspector General, and as a government consultant at Deloitte. Rachel earned a Master of Arts degree in Security Studies from Georgetown University and a Bachelor of Science in Foreign Service degree in International Politics, magna cum laude, from Georgetown University. She will be working in the Criminal Division at the U.S. Attorney’s Office for the Eastern District of New York during her 1L summer.

Alec Nadeau is a rising 2L at NYU School of Law, where he is a Moelis Fellow in Urban Law and Public Affairs, a board member of the Law and Government Society and the Intellectual Property and Entertainment Law Society, and a member of OUTLaw. Prior to law school, Alec spent four years advising the Executive Director of the Port Authority of New York and New Jersey on critical infrastructure development, transportation security, sustainability, and digital innovation. Prior to that he served as a research associate at George Washington University’s Center for Cyber and Homeland Security. Alec holds a B.A. in Political Science and a Master of Public Administration, both from the George Washington University. During his 1L summer, he will work in the legal department of the New York City Housing Authority. 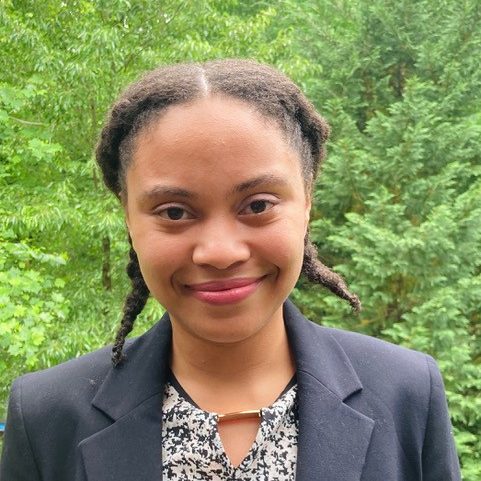 Laura Brawley participated in the Student Scholars program as a 2L at NYU School of Law, where she is the incoming Co-President of the American Constitution Society and 2L leadership co-chair of the Women of Color Collective. Laura will spend her 1L summer with the Policing Project at NYU, and in the fall, she will extern with the Criminal Division of the U.S. Attorney’s Office for the Eastern District of New York. Prior to law school, Laura spent a year working at a non-profit in Atlanta, Georgia. Laura graduated from the University of Chicago in 2019 with a B.A. in Public Policy Studies and Norwegian Studies. 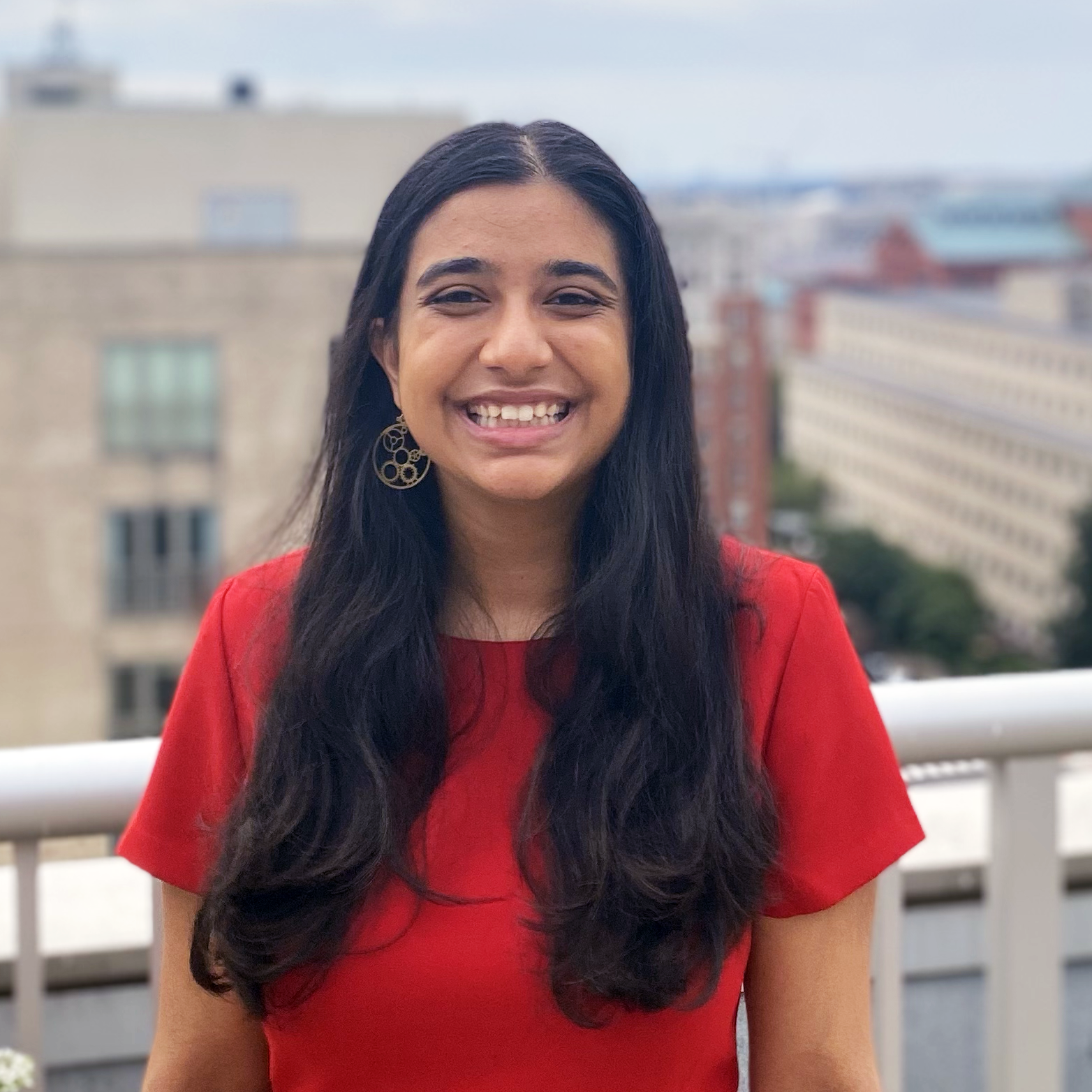 Madhu Narasimhan participated in the Student Scholars program as a 3L (2021-2022) at NYU School of Law, where he was also an IILJ Joyce Lowinson Scholar, a Student Staff Editor of Just Security, and a Symposium Editor of the NYU Journal of International Law and Politics. He spent his 1L summer at the World Bank in Washington, DC and will spend his 2L summer at Gunderson Dettmer in Silicon Valley. Prior to law school, Madhu was Co-Founder & COO of a startup at the nexus of education, youth mentorship, and tech; a member of the Legal and Public Policy teams at Google; and a Fulbright Fellow in Malaysia. Madhu earned a B.A. in Political Science and a minor in South Asian Studies from UCLA, summa cum laude and Phi Beta Kappa, in 2013. He also studied at the London School of Economics. Madhu’s writings have appeared in numerous publications, including Foreign Affairs and The Diplomat. 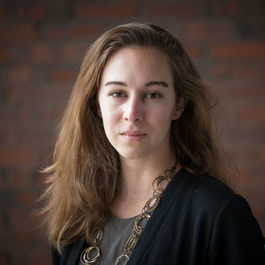 Mari Dugas participated in the Student Scholars program as a 2L at NYU School of Law, where she is a Reiss Center Student Scholar and a Student Staff Editor with Just Security. Mari is also the Co-President of the National Security Law Society, Professional Development Co-Chair of the Latinx Law Students Association and a Birnbaum Women’s Leadership Fellow. Prior to law school, Mari worked at the Belfer Center for Science and International Affairs at the Harvard Kennedy School, where she served as the Project Coordinator for the Center’s Cybersecurity Project and the Defending Digital Democracy Project. She spent her 1L summer with Cooley’s Cyber/Data/Privacy group in Washington, D.C. Mari graduated with a BA in Political Science and Russian Area Studies from Wellesley College. 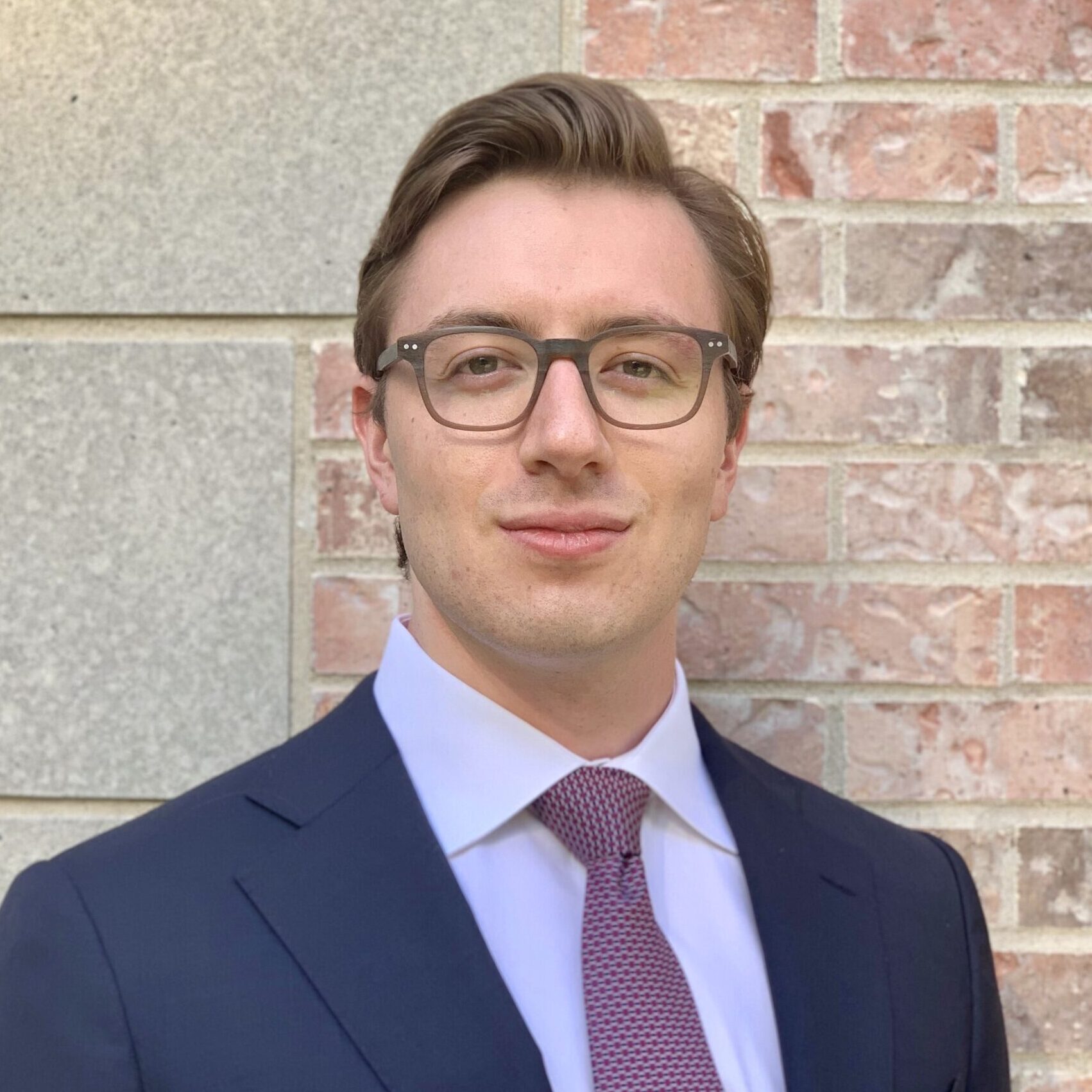 Nicholas Tonckens participated in the Student Scholars program as a 2L at NYU School of Law, where he is Co-President of the National Security Law Society, Research Assistant for Professor Barry Friedman, and Staff Editor at the Review of Law and Social Change. He is also a Student Staff Editor at Just Security. During law school, Nicholas has interned with the Criminal Division of the U.S. Attorney’s Office for the Southern District of New York, as well as the global digital rights NGO Access Now. Prior to law school, he worked on international law and security issues at think tanks in Boston and Washington, DC. He graduated cum laude from Bowdoin College in 2016 with a B.A. in Government and Russian. 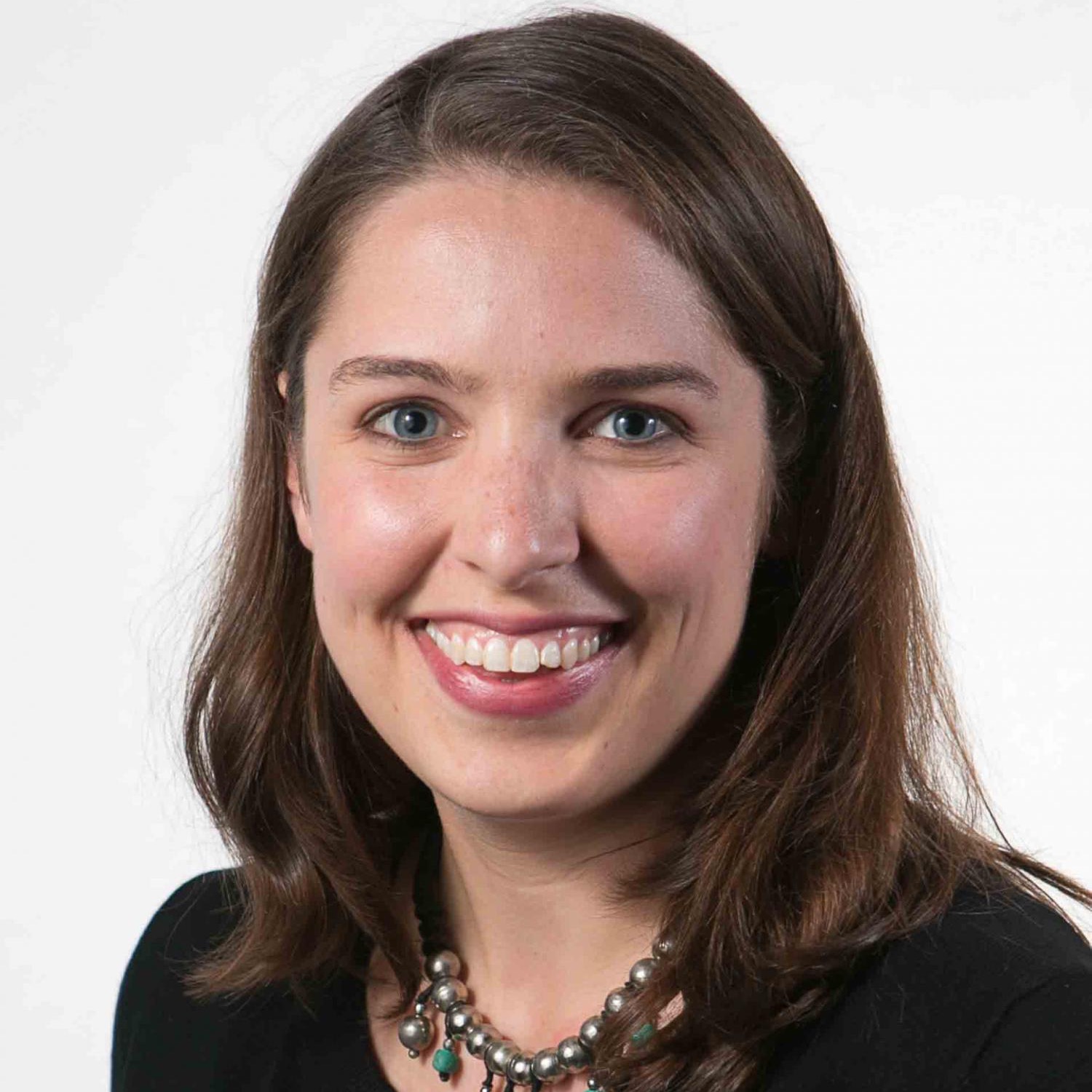 Julia Brooks participated in the Student Scholars program as a 2L at NYU School of Law, where she is a Furman Public Policy Scholar. Prior to law school, she worked as a Senior Legal Research Associate at the Harvard Humanitarian Initiative, where she specialized in international humanitarian law and policy. She spent several years working in Germany on human rights and transitional justice, including at the Foundation “Remembrance, Responsibility & Future,” the German Parliament, and the UN High Commissioner for Refugees as a Senior Fellow with Humanity in Action. She also worked in Bosnia on post-conflict justice and governance at the Office of the High Representative and in The Hague at the International Criminal Tribunal for the former Yugoslavia. Julia holds a Master of Arts in Law and Diplomacy (MALD) from the Fletcher School of Law and Diplomacy at Tufts University, and a Bachelor of Arts (BA) in Public Policy from Brown University, magna cum laude. 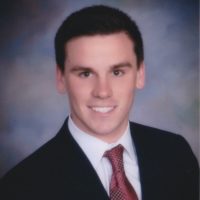 William Dawley participated in the Student Scholars program as a 3L at NYU Law, where he is a Senior Articles Editor for the NYU Journal of International Law and Politics. While at NYU Law, he has served as a teaching assistant for Professor Richard R.W. Brooks and is working as a research assistant for NYU Law’s Classical Liberal Institute and Professor Richard Epstein. During his 1L summer, he interned for Judge Esther Salas of the U.S. District Court for the District of New Jersey. He is spending his 2L summer as a Law Clerk in the Washington, D.C. office of Cleary Gottlieb Steen & Hamilton LLP. Prior to law school, he worked as a Private Equity Paralegal in Cleary Gottlieb’s New York office and interned for Congressman Bill Shuster in Washington, D.C. William earned his BA in International Relations and Political Science from Lehigh University in 2015. 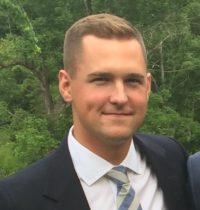 Peter Machtiger participated in the Student Scholars program as a 2L at NYU School of Law, where he is a Co-President of the National Security Law Society, the President of Students for the Education and Representation of Veterans, and part of the International Refugee Assistance Project. Prior to law school, he was an infantry officer in the United States Marine Corps. He is spending his 1L summer working for the Chief Judge of a US District Court and assisting on a research project related to the law of armed conflict. Peter has a BA from Harvard University in Government. 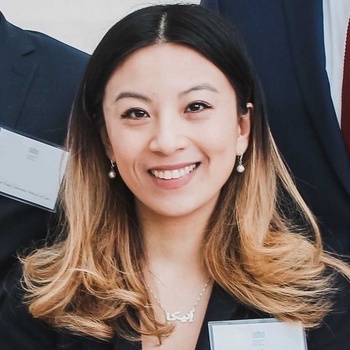 Erica Ma participated in the Student Scholars program as a 2L at NYU School of Law, where she was a Staff Editor for the New York University Law Review. Prior to law school, she worked at the International Institute for Strategic Studies, an international security think tank in Washington, DC. Over her 1L summer, she worked with the United Nations International Law Commission in New York and Geneva under the auspices of the NYU International Law and Human Rights Fellowship Program, providing research on topics relating to the law of armed conflict. Her interests include international humanitarian law, the use of force, and emerging technologies in armed conflict. Erica earned a BA from the University of Pennsylvania, magna cum laude, in International Relations and Modern Middle Eastern Studies. 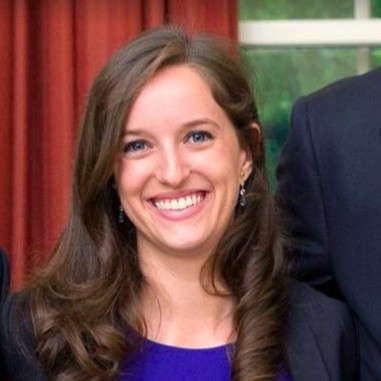 Ariana Navarro Rowberry participated in the Student Scholars program as a 2L at NYU School of Law, where she was a Staff Editor for the NYU Journal of International Law and Politics and the President of the National Security Law Society. Prior to law school, she served as a Special Assistant on the National Security Council during the Obama Administration, where she staffed the Senior Directors for North Africa and Yemen, and Israel, Egypt, and the Levant. She also interned in Vice President Biden’s National Security Affairs Office. She spent her 1L summer at the Department of Justice’s National Security Division in the Office of Law and Policy. Earlier, Ariana worked at the Arms Control and Nonproliferation Initiative at the Brookings Institution as a Herbert Scoville Jr. Fellow. While there, Ariana researched the evolution of the U.S.-Japanese alliance. Ariana’s career in national security began working on nuclear policy at Los Alamos National Laboratory. Ariana has a BA from the University of North Carolina-Chapel Hill with highest honors in Peace, War, and Defense and Political Science.