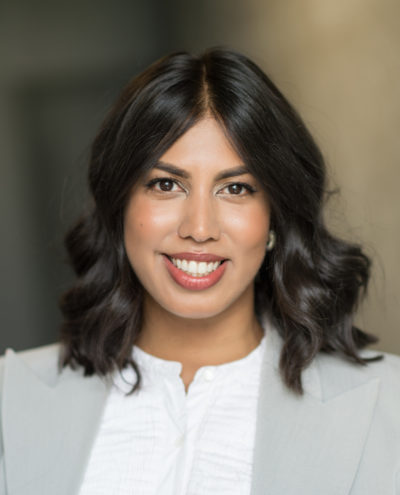 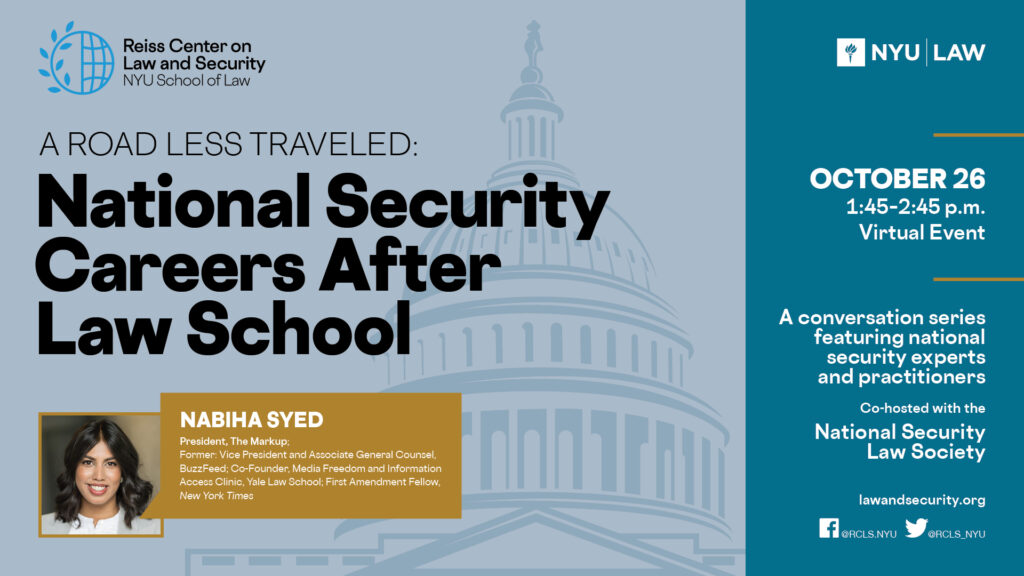 On Monday, October 26, the Reiss Center on Law and Security and the National Security Law Society welcomed our second speaker of the 2020-2021 season of a A Road Less Traveled, our career series featuring national security law and policy practitioners. We were excited to welcome Nabiha Syed, President of The Markup.

Nabiha Syed is President of The Markup. She oversees The Markup’s strategy, growth plans and business operations. Nabiha also oversees legal, communications, personnel and other operational matters. Before joining The Markup, Nabiha was vice president and associate general counsel at BuzzFeed, where she counseled on newsgathering, libel, and privacy matters worldwide. Under her leadership, the company successfully defended against libel litigation arising out of the publication of the Steele dossier and initiated numerous notable access litigations. Prior to BuzzFeed, Syed co-founded the nation’s first media access law clinic, currently in its 10th year of operation at Yale Law School, and served as a First Amendment Fellow at The New York Times. Nabiha has been described as “one of the best emerging free speech lawyers” by Forbes magazine, and a “real reporter’s lawyer” by the Reporter’s Committee for the Freedom of the Press, which recognized her with an inaugural award in 2018. She is also a lifelong Girl Scout.