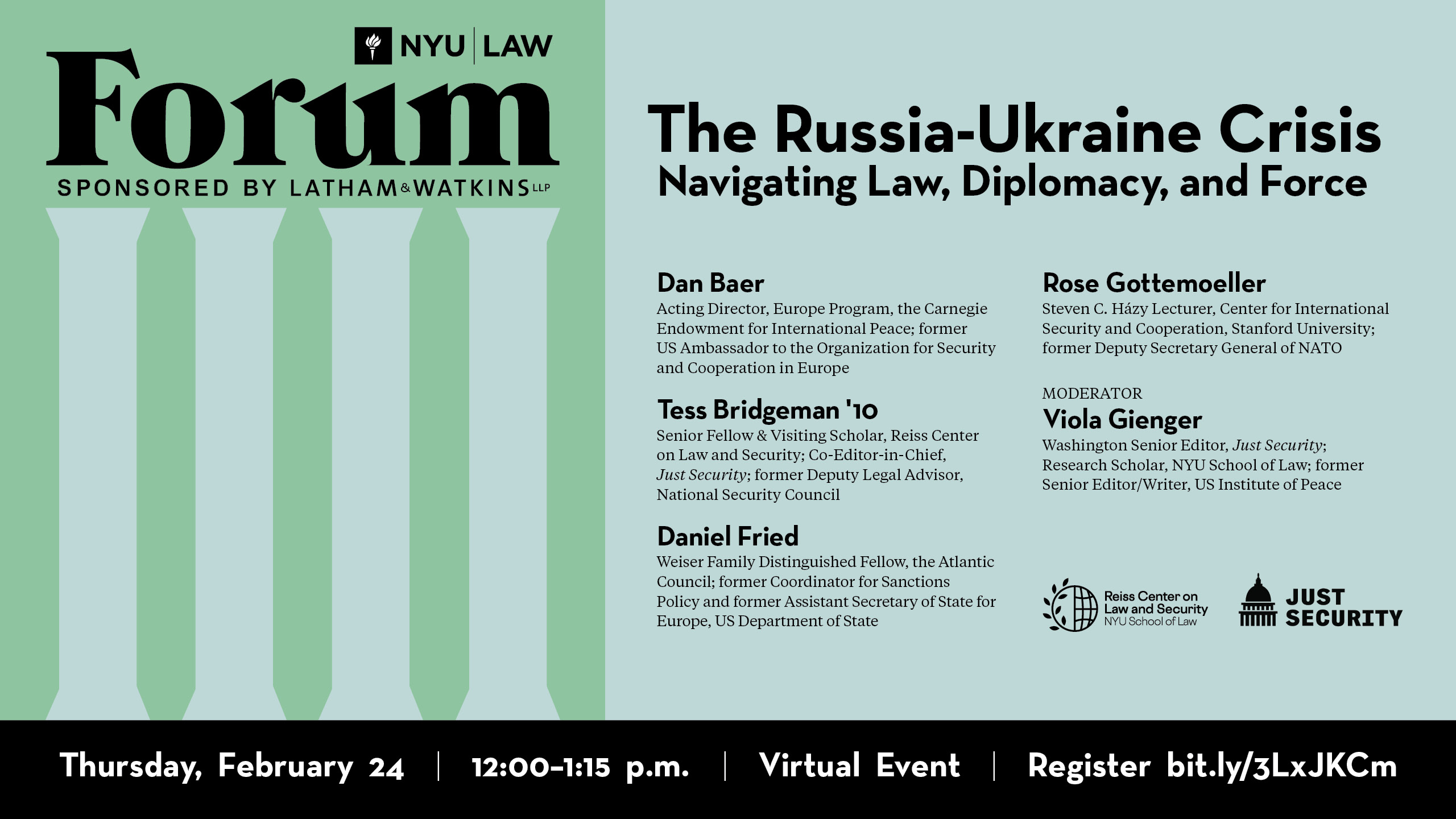 In the face of Russia’s escalation of the military crisis in Ukraine and the risk of expanded conflict in Europe, a panel of leading experts and former US diplomats examined the current state of play, the domestic and international law issues involved, and the larger geopolitical and historical context. Cohosted by the NYU Law Forum, the Reiss Center on Law and Security, and Just Security, the discussion addressed key questions about the resilience of European security and NATO, the stakes for the major parties involved, and the tools available to the United States and its allies to address the risks.

Daniel Baer. “Biden may be outplaying Putin in one critical way.” The Washington Post. February 9, 2022. https://www.washingtonpost.com/outlook/2022/02/09/biden-putin-hybrid-warfare/

Daniel Fried. “As Putin Aims to Re-Divide Europe, Lessons from the Past Can Guide a Response.” Just Security. January 7, 2022. https://www.justsecurity.org/79771/as-putin-aims-to-re-divide-europe-lessons-from-the-past-can-guide-a-response/

Note on accessibility: This virtual event requires an internet connection and a computer or smartphone. The event will have live captioning. Questions: ian.anderson@nyu.edu