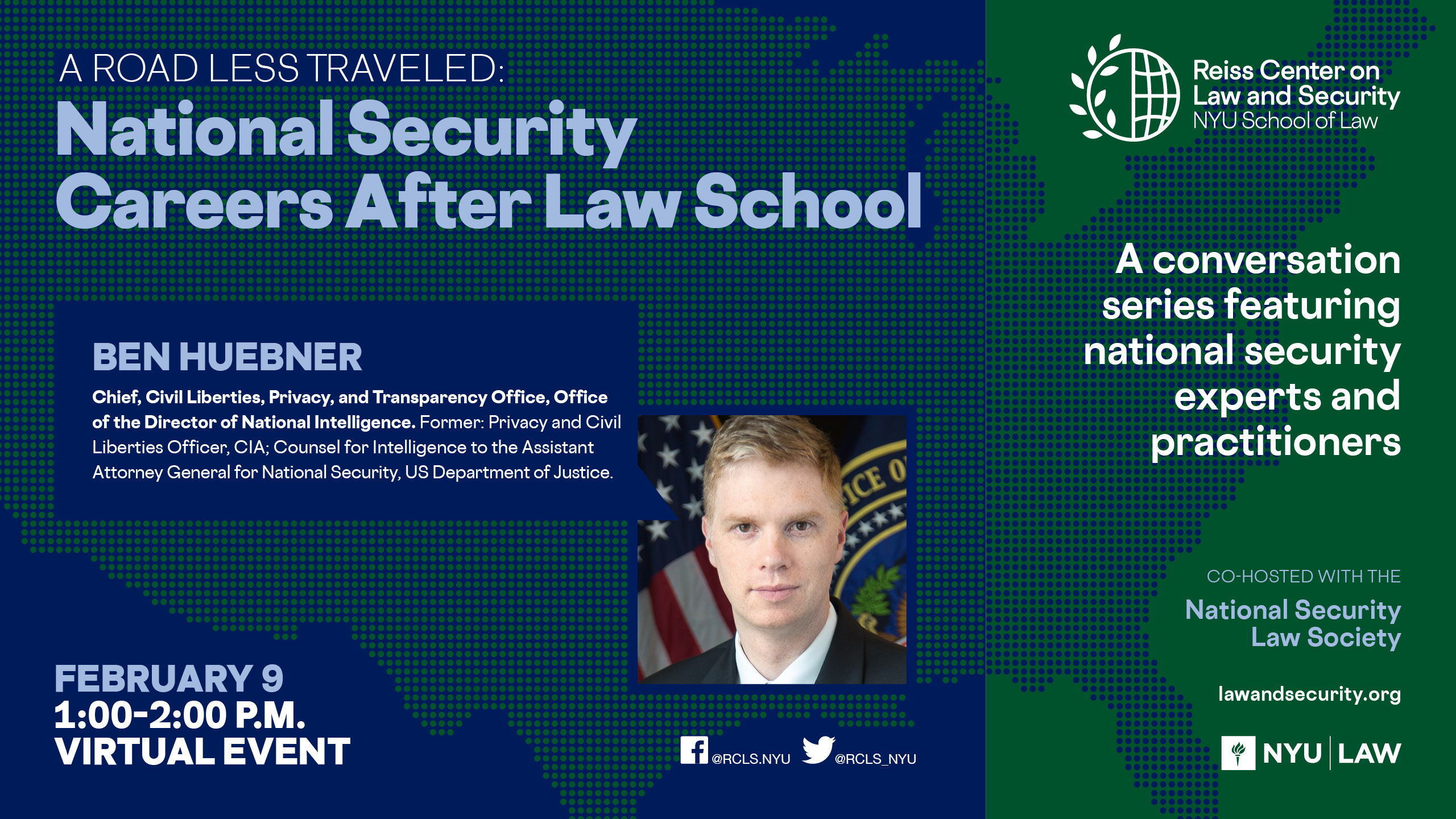 On Wednesday, February 9, 2022, Reiss Center on Law and Security and the National Security Law Society resumed our 2021-2022 season of A Road Less Traveled by welcoming our third speaker: Ben Huebner, Chief of the Civil Liberties, Privacy, and Transparency Office at the Office of the Director of National Intelligence.

Ben Huebner is Chief, ODNI Civil Liberties, Privacy, and Transparency Office. In this role, he serves as an independent, primary advisor to the Director of National Intelligence and other senior DNI officials to ensure that the Intelligence Community’s missions, programs, activities, policies, and technologies protect privacy and civil liberties. He serves as ODNI’s primary liaison with the Privacy and Civil Liberties Oversight Board (PCLOB), the designated ODNI Senior Agency Official for Privacy, and ODNI’s Information Sharing Environment Privacy Official. He also leads the effort to implement the Principles of Intelligence Transparency for the Intelligence Community. Mr. Huebner previously served at CIA as the Agency’s first full-time Privacy and Civil Liberties Officer. Prior to CIA, Mr. Huebner was the Counsel for Intelligence to the Assistant Attorney General for National Security at the Department of Justice, where he advised the Department leaders on intelligence-related matters, including intelligence operations, litigation and oversight. At DOJ, he also developed and managed oversight programs related to intelligence collection conducted under the Foreign Intelligence Surveillance Act. He has also worked on the Hill and clerked for the Honorable David S. Tatel, U.S. Court of Appeals for the District of Columbia. Mr. Huebner is a graduate of Haverford College and the New York University School of Law.