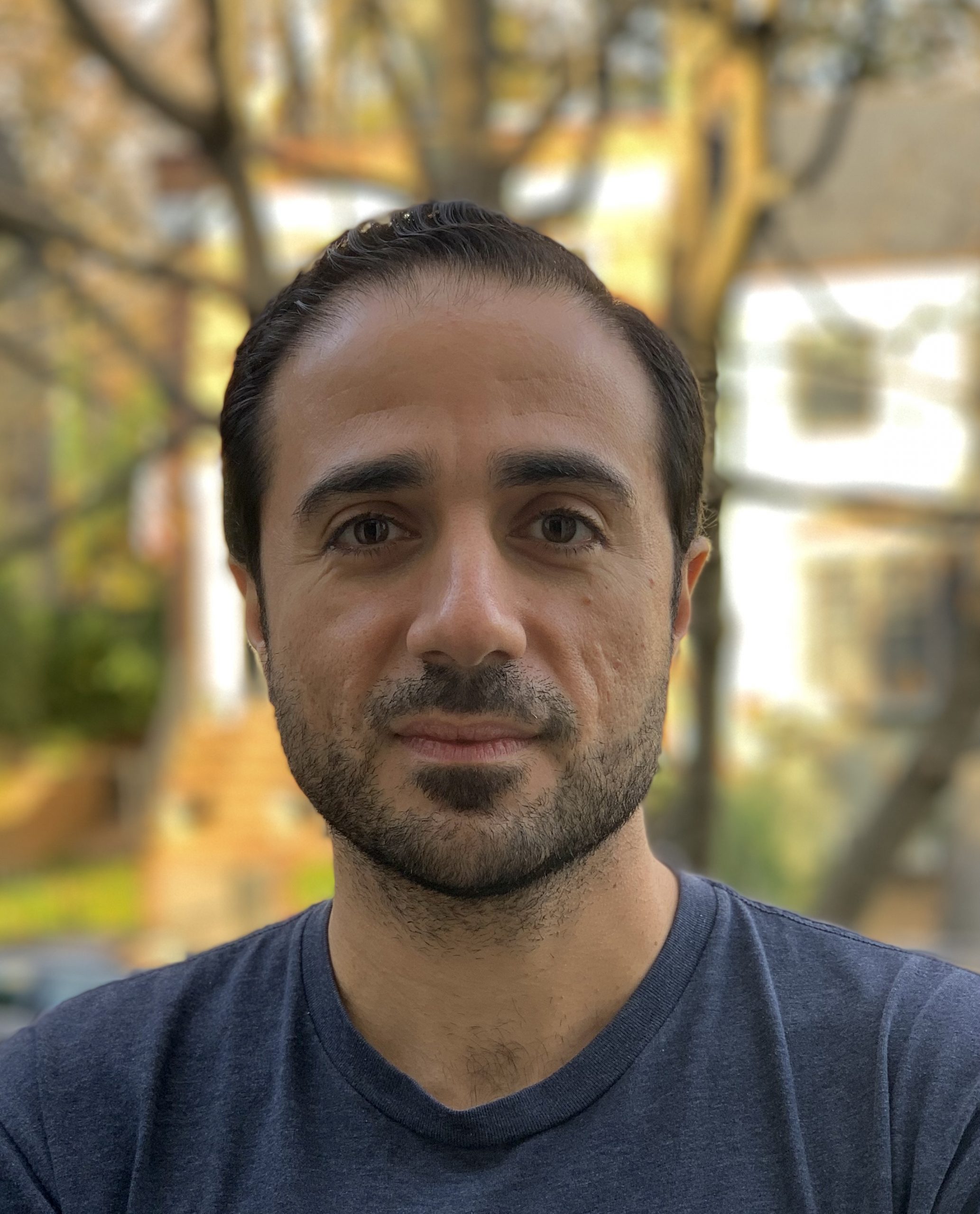 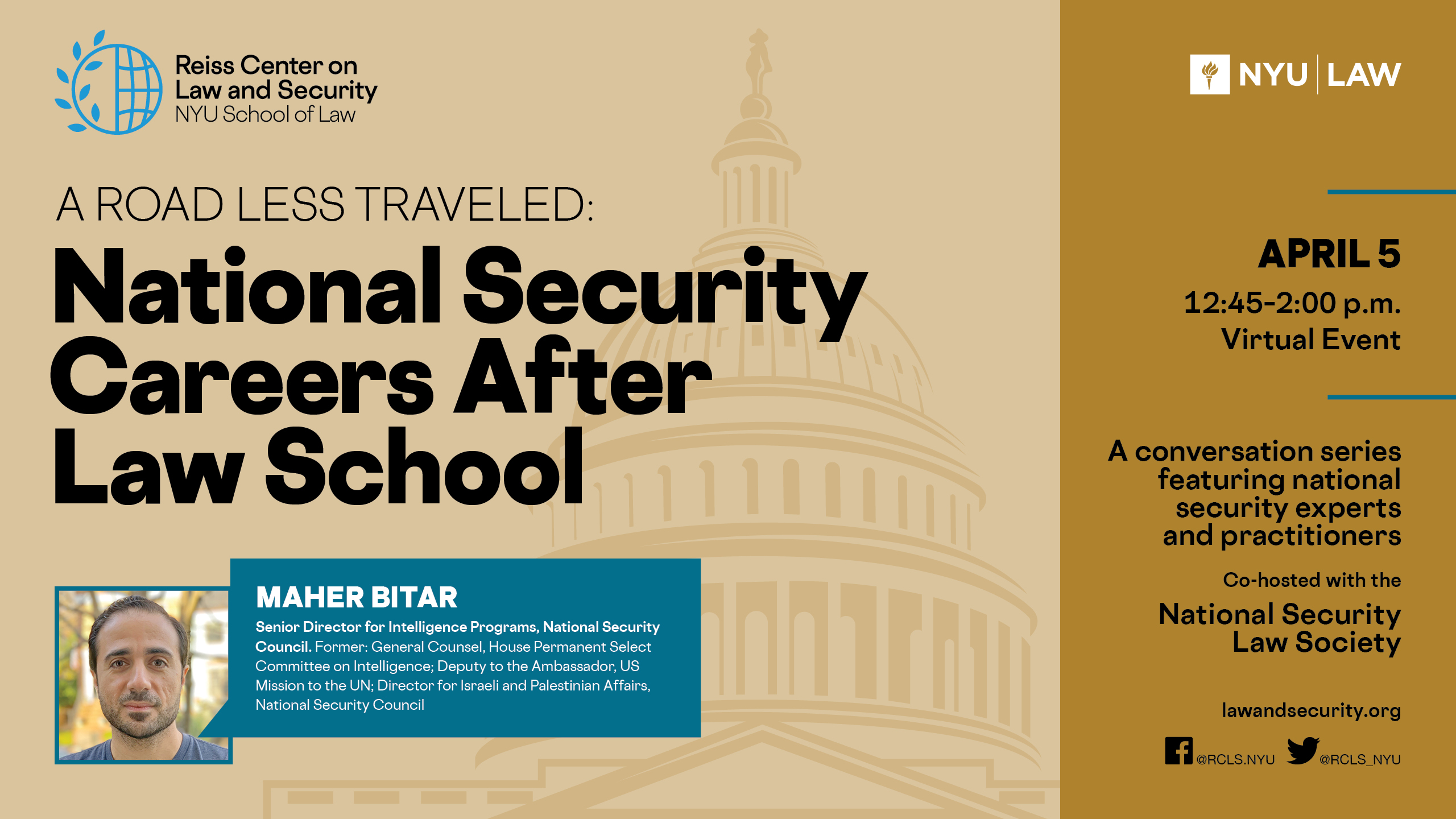 On Monday, April 5, the Reiss Center on Law and Security and the National Security Law Society welcomed our second speaker of the 2020-2021 season of a A Road Less Traveled, our career series featuring national security law and policy practitioners. We were excited to host Maher Bitar, Senior Director for Intelligence Programs at the National Security Council.

Maher Bitar currently serves as Senior Director for Intelligence Programs at the National Security Council. Before this appointment, he served as General Counsel for the House Permanent Select Committee on Intelligence (HPSCI). He previously served as Director for Israeli and Palestinian Affairs on the White House National Security Council staff. On detail from the Department of State, he served as Foreign Affairs Officer in the Office of the Special Envoy for Middle East Peace. Maher holds a Juris Doctor from Georgetown Law and is a member of the Maryland Bar. A graduate of Georgetown University’s Edmund A. Walsh School of Foreign Service, Maher also received a Master of Science in Forced Migration from Oxford University’s Refugee Studies Center while on a Marshall scholarship and has worked with the United Nations High Commissioner for Refugees (UNHCR) in Malaysia and the United Nations Relief and Works Agency (UNRWA) in Jerusalem.