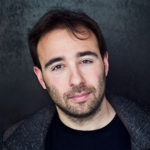 Yascha Mounk is a Non-Resident Senior Fellow at the Reiss Center on Law and Security at NYU School of Law. Mounk is one of the world’s leading experts on the rise of populism and the crisis of liberal democracy.

He is also an Associate Professor of the Practice of International Affairs at Johns Hopkins University, a Contributing Editor at The Atlantic, and the host of The Good Fight podcast. His latest book, The People vs Democracy: Why Our Freedom is in Danger and How To Save It, has been translated into ten languages. Follow him on Twitter @Yascha_Mounk.