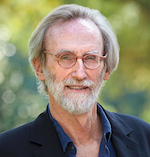 Stephen Holmes is a Faculty Director of the Reiss Center on Law and Security and the Walter E. Meyer Professor of Law at NYU School of Law. He specializes in the history of liberalism, the disappointments of democratization after communism, and the difficulty of combating terrorism within the limits of liberal constitutionalism. In 2003, he was selected as a Carnegie Scholar. From 1997 to 2000, Holmes was a professor of politics at Princeton. From 1985 to 1997, he was professor of politics and law at the Law School and Political Science Department of the University of Chicago. From 1979 to 1985, he taught at the Department of Government at Harvard University. He was also the editor-in-chief of the East European Constitutional Review from 1993-2003. Holmes is the author of Benjamin Constant and the Making of Modern Liberalism (Yale University Press, 1984), The Anatomy of Antiliberalism (Harvard University Press, 1993), Passions and Constraint: On the Theory of Liberal Democracy (University of Chicago Press, 1995), The Matador’s Cape: America’s Reckless Response to Terror (Cambridge University Press, 2007), co-author (with Cass Sunstein) of The Cost of Rights: Why Liberty Depends on Taxes (Norton, 1999), and most recently, co-author (with Ivan Krastev) of The Light that Failed: Why the West is Losing the Fight for Democracy (Pegasus, 2020).