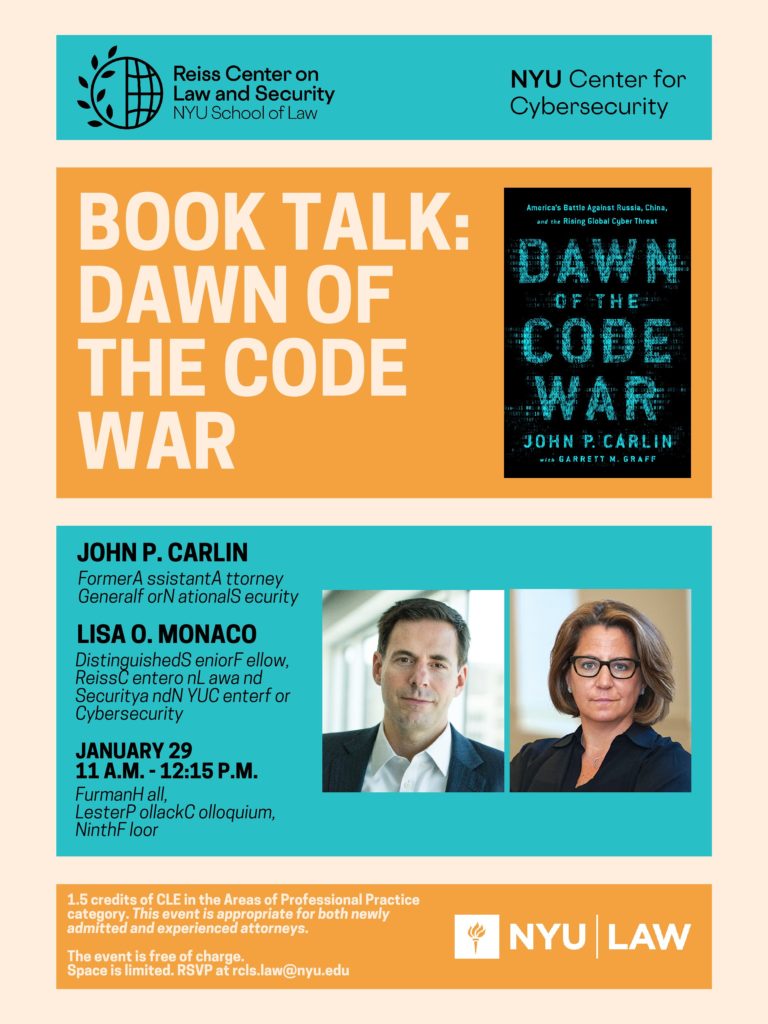 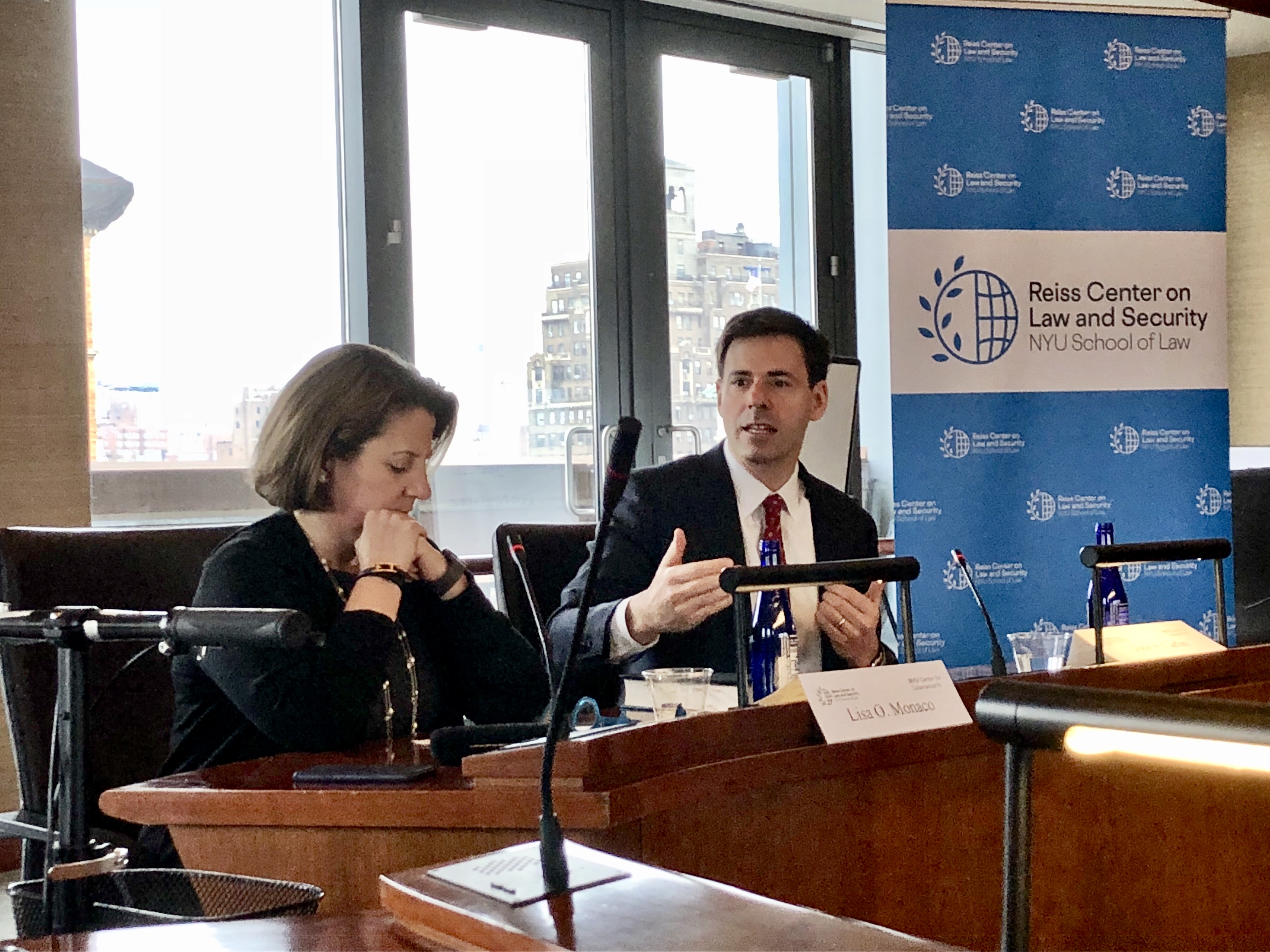 The Reiss Center on Law and Security and the NYU Center for Cybersecurity at NYU School of Law held a conversation with John P. Carlin, former Assistant Attorney General for National Security at the Department of Justice, and Lisa O. Monaco, Distinguished Senior Fellow at the Reiss Center and Center for Cybersecurity, on Carlin’s new book, Dawn of the Code War. A question-and-answer session followed.

1.5 credits of CLE were available in the Areas of Professional Practice category. This event was appropriate for both newly admitted and experienced attorneys. Reading materials and full bios of the speakers can be found below.

John P. Carlin spoke with Lisa Monaco about his new book, Dawn of the Code War: America’s Battle Against Russia, China, and the Rising Global Cyber Threat. From PublicAffairs: “The inside story of how America’s enemies launched a cyber war against us-and how we’ve learned to fight back. With each passing year, the internet-linked attacks on America’s interests have grown in both frequency and severity. Overmatched by our military, countries like North Korea, China, Iran, and Russia have found us vulnerable in cyberspace. The “Code War” is upon us. In this dramatic book, former Assistant Attorney General John P. Carlin takes readers to the front lines of a global but little-understood fight as the Justice Department and the FBI chases down hackers, online terrorist recruiters, and spies. Today, as our entire economy goes digital, from banking to manufacturing to transportation, the potential targets for our enemies multiply. This firsthand account is both a remarkable untold story and a warning of dangers yet to come.” 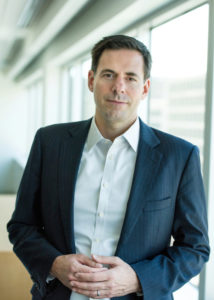 John P. Carlin is the former Assistant Attorney General for National Security under Barack Obama, where he worked to protect the country against international and domestic terrorism, espionage, cyber, and other national security threats. A career federal prosecutor and graduate of Harvard Law School, John has spent much of the last decade working at the center of the nation’s response to the rise of terrorism and cyber threats, including serving as National Coordinator of the Justice Department’s Computer Hacking and Intellectual Property (CHIP) program, as an Assistant United States Attorney for the District of Columbia, and as chief of staff to then-FBI Director Robert Mueller. Today, Carlin is the global chair of the risk and crisis management practice for the law firm Morrison & Foerster. He is also chair of the Aspen Institute’s Cybersecurity & Technology Program and a sought-after industry speaker on cyber issues as well as a CNBC contributor on cybersecurity and national security issues. 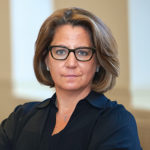