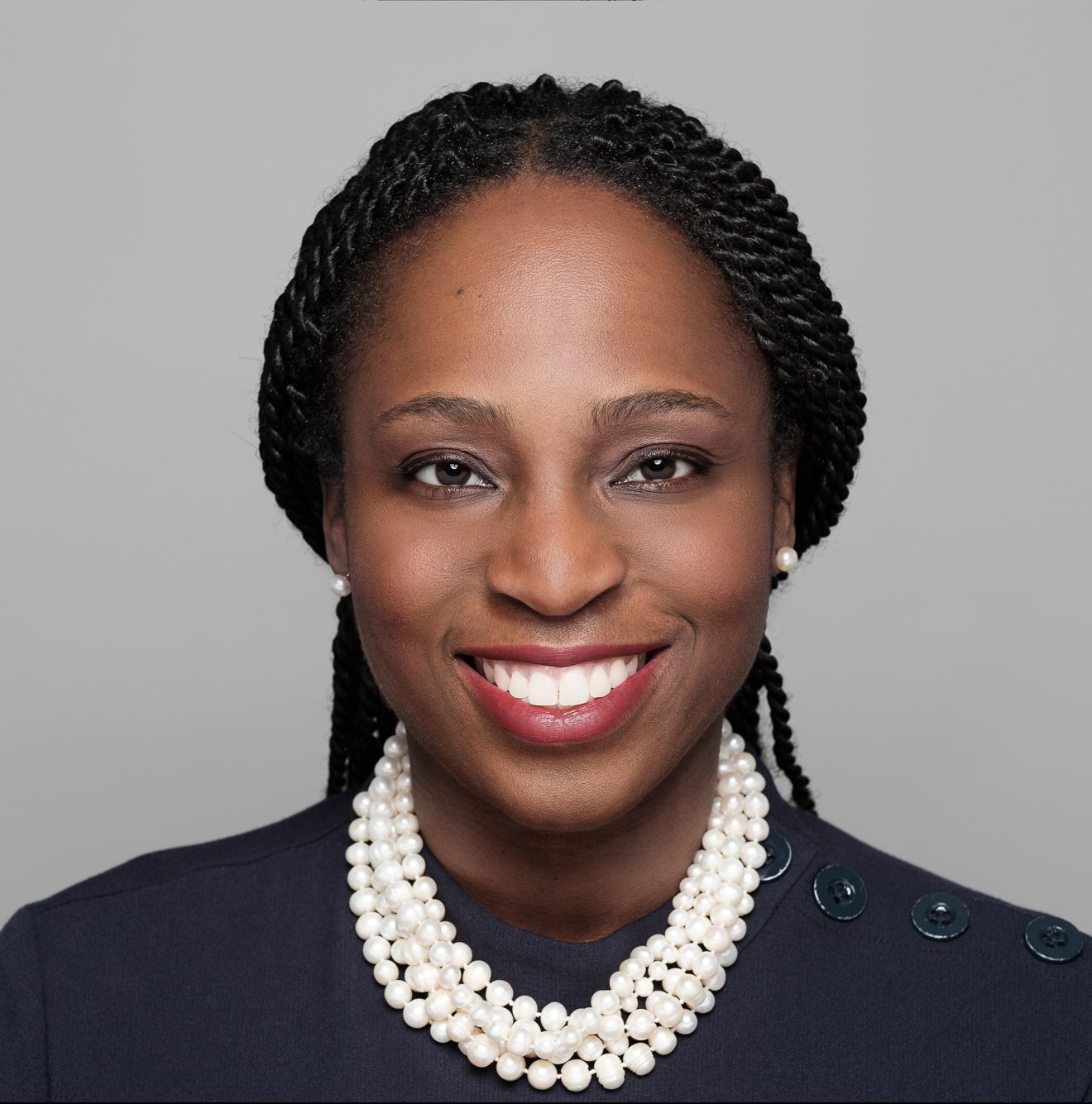 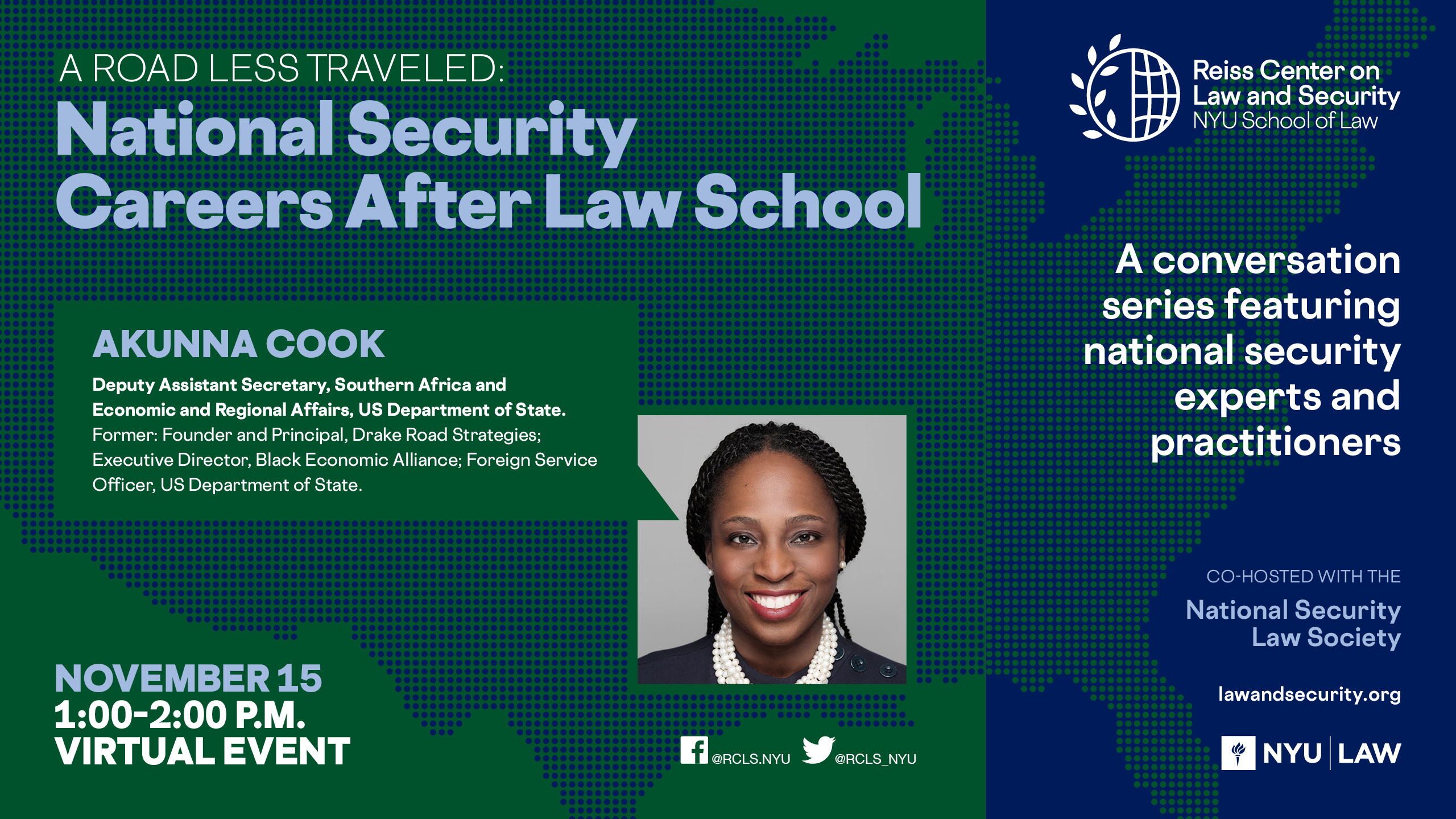 On Monday, November 15, 2021, the Reiss Center on Law and Security and the National Security Law Society welcomed Akunna Cook, Deputy Assistant Secretary of Southern Africa and Economic and Regional Affairs at the U.S. Department of State, our second speaker of the 2021-2022 season of a A Road Less Traveled.

Akunna Cook serves as Deputy Assistant Secretary of State for African Affairs in the Biden-Harris Administration.  In this role, Ms. Cook oversees the development of U.S. foreign policy for Southern Africa, as well as economic and regional issues including trade, investment, climate, health, multilateral engagement, democracy, and human rights.  Previously, Ms. Cook was the founder and principal at Drake Road Strategies where she advised individuals and organizations on public policy strategy and advocacy.  She was also the inaugural executive director of the Black Economic Alliance, a non-partisan organization focused on driving economic progress in the black community through policy development, advocacy, and supporting candidates for office. Ms. Cook practiced law at a large international law firm, where she advised former Attorney General Eric Holder on political and legal strategy related to redistricting around the country. She also advised a variety of clients on public policy, government affairs, and corporate governance. Ms. Cook was also a legal fellow in the office of U.S. Senator Chris Coons.

Ms. Cook began her State Department career over 20 years ago as a Pickering Foreign Affairs Fellow.  She served for almost ten years as a career diplomat with the State Department where she focused on economic and political development. Ms. Cook’s foreign service assignments included service overseas in China, South Africa, and Iraq, and several years in Washington serving in the Africa Bureau in various roles.  She is a graduate of the Yale Law School and the Harvard Kennedy School of Government. She is also a summa cum laude and Phi Beta Kappa graduate of Howard University where she earned a bachelor’s degree in economics and business administration. Ms. Cook is a term member of the Council on Foreign Relations and a member of the Washington, D.C. bar. She is also a member of the Alliance for Justice Board of Directors.