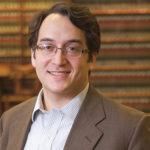 Ryan Goodman is a Faculty Director of the Reiss Center on Law and Security and the Anne and Joel Ehrenkranz Professor of Law at NYU School of Law. He served as special counsel to the general counsel of the Department of Defense (2015-16). In addition to his posts at NYU School of Law, Goodman is an associated member of the Department of Sociology and an affiliated member of the Department of Politics at NYU. Before joining the Law School, he was the Rita E. Hauser Professor of Human Rights and Humanitarian Law and director of the Human Rights Program at Harvard Law School. Goodman has published articles in leading law reviews and has also co-authored several books, including Socializing States: Promoting Human Rights Through International Law with Derek Jinks (2013) (winner of top annual book award by the American Society of International Law). His work makes significant contributions to the law of armed conflict, human rights law, and US national security law. The US Supreme Court relied on Goodman’s amicus briefs in Hamdan v. Rumsfeld when it overturned the government’s system of military commissions, and in Lawrence v. Texas, when it overturned an anti-sodomy statute. Goodman received his BA in government and philosophy from the University of Texas at Austin. He earned his JD from Yale Law School and a PhD in sociology from Yale University. He is a member of the board of editors of the American Journal of International Law, a member of the US Department of State’s Advisory Committee on International Law, and a member of the Council on Foreign Relations. He is also the founding co-editor-in-chief of the national security online forum, Just Security.