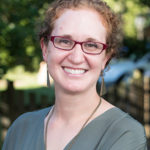 Lindsay Rodman is a Non-Resident Senior Fellow at the Reiss Center on Law and Security at NYU School of Law and is Director of Communications and Legal Strategy at the Iraq and Afghanistan Veterans of America. She began her career at the law firm of Arnold & Porter LLP, leaving in 2008 to become a Marine Corps judge advocate. In 2010-2011, she deployed to Afghanistan in support of Operation Enduring Freedom. As a Marine she also served as Deputy Legal Counsel to the Chairman of the Joint Chiefs of Staff, and as a White House Fellow, placed at the National Security Council as Director for Defense Policy and Strategy. Upon leaving active duty, Rodman served as the special assistant to the Under Secretary of Defense for Personnel and Readiness and as Senior Advisor for International Humanitarian Policy in the Office of the Under Secretary of Defense for Policy. After leaving the Obama Administration, she was selected as the inaugural Council on Foreign Relations International Affairs Fellow (Canada), and has been a visiting scholar at the University of Ottawa’s Centre for International Policy Studies since 2017.

Rodman received her undergraduate degree from Duke University in Mathematics, her J.D. from Harvard Law School, and her M.P.P. from the Kennedy School of Government at Harvard University. She is also a major in the United States Marine Corps Reserve, currently assigned to NATO. Follow her on Twitter @lindsaylrodman.