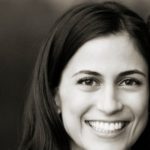 Tali Farhadian Weinstein serves on the Board of Advisors of the Reiss Center on Law and Security at the NYU School of Law Tali is an Assistant United States Attorney in the Eastern District of New York, where she prosecutes federal crimes focusing on public corruption, and also coordinates re-entry programs. Previously she served as Counsel to the Attorney General of the United States. Tali was a law clerk for Justice Sandra Day O’Connor at the Supreme Court, and for Chief Judge Merrick Garland at the U.S. Court of Appeals (D.C. Circuit). She has taught immigration law and policy at Columbia Law School and worked in private practice. Tali serves on the Council of the New York Public Library, the Success Academy Network Board of Directors, and the Board of Advisors of NYU Law School’s Center on Law and Security. A Rhodes Scholar, she is a graduate of Oxford University (Middle East Studies), Yale College and Yale Law School. She was born in Iran.