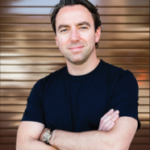 Gavin Hood serves on the Board of Advisors of the Reiss Center on Law and Security at the NYU School of Law. Gavin is currently the Chief of Staff to the Co-Founder and CEO at Palantir Technologies. Prior to joining Palantir, Gavin had more than 14 years of front-line experience as a senior legal and policy adviser. In 2009-2012, he was the first UK legal adviser to the British Embassy in Washington, DC, where he advised on international legal and policy issues, focusing on intelligence and national security. He has held a number of positions in the UK Foreign Office, including as the first legal adviser to the Coalition Provisional Authority in Iraq. In 1999, he joined the UN Interim Administration in Kosovo, where he monitored and reported on human rights violations and contributed to the development of the justice system and strategies for tackling ethnic-based violence. His experience in the Balkans led him to the International Criminal Tribunal for the former Yugoslavia in The Hague, where he assisted in the investigation of Slobodan Milosevic. In 2003 he became a senior policy adviser to the Chief Prosecutor of the International Criminal Court, where he was instrumental in building the Office of the Prosecutor from its inception and played a major role in advancing the investigations and prosecutions in Northern Uganda, Darfur, and the Democratic Republic of the Congo.