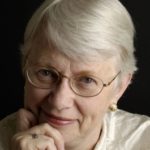 Elizabeth Rindskopf-Parker serves on the Board of Advisors of the Reiss Center on Law and Security at NYU School of Law. Elizabeth has been the Executive Director of The State Bar of California since September 2015. Dean Emerita at the University of the Pacific, McGeorge School of Law, she served as dean from 2002-2012 and was instrumental in 2003 in creating the now highly regarded Journal of National Security Law and Policy. Previously Dean Parker was the General Counsel for the University of Wisconsin System (1999-2002); General Counsel to the Central Intelligence Agency (1990-1995); Principal Deputy Legal Adviser, U.S. Department of State (1989-1990); General Counsel, National Security Agency (1984-1989); and Acting Assistant Director (Mergers and Acquisitions) at the Federal Trade Commission. In 2016 Dean Parker was re-appointed as a member of the Board of Trustees of the non-profit MITRE Corporation and named as an inaugural member of the Intelligence Community Studies Board, National Academy of Sciences, Engineering and Medicine. She has previously served on numerous of the Academy’s national security study committees, including the committee whose response to PPD-28 was published as Bulk Collection of Signals Intelligence: Technical Options (2015). She is also a former chair and current life-time Counselor to the Standing Committee on Law and National Security of the American Bar Association.